Do you want to be an agent of change? Psychological research reveals how to tip the balance in your favour.

All human societies are alive with the battle for influence. Every single day each of us is subject to innumerable persuasion attempts from corporations, interest groups, political parties and other organisations. Each trying to persuade us that their product, idea or innovation is what we should buy, believe in or vote for.

In our personal lives the same struggle is played out for the supremacy of viewpoints, ideals and actions. Whether it's friends and family, work colleagues, potential employers or strangers, each of us has to work out how to bring others around to our own point of view. We all play the influence game, to greater or lesser degrees.

Psychologists have been studying how we try to influence each other for many years. I've been covering some highlights of this research, which are collected below.

Effective influence and persuasion isn't just about patter, body language or other techniques, it's also about understanding people's motivations. Central to the art and science of persuasion is understanding three goals for which everyone is aiming. Read on →

2. The Persuasive Power of Swearing

Show your passion and people have one more emotional reason to come around to your point of view. But how can we convince others of our conviction? Light swearing at the start or end of a persuasive speech can help influence an audience. Read on →

Even if only one member of a group repeats their opinion, it is more likely to be seen by others as representative of the whole group.

4. Don't Take No For An Answer

You ask someone for a favour and they say no. Where do you go from there? Dealing effectively with objections can be more powerful than other standard methods of persuasion.

5. The Influence of Fleeting Attraction

Friendship is a fantastic lever for persuasion and influence, a lever we happily push on every day. But how much does someone have to like us before we can start to influence them?

6. Caffeine Makes Us Easier to Persuade

Of all the effects caffeine has on our minds—enhanced attention, vigilance and cognition—perhaps least known is its tendency to make us more susceptible to persuasion.

If you want someone to comply with a random request for a cigarette, you should speak into their right ear.

The instinct to paper over weaknesses in our argument is wrong—so long as we counter criticism.

9. The Battle Between Thoughts and Emotions in Persuasion

Nowadays people tend to use 'I think' and 'I feel' interchangeably. Does it make any difference whether what you say is couched in 'thinking' or 'feeling' terms?

When you change your attitude about something, do you know why? Psychologists have argued that the inner workings of our minds are largely hidden away from us. One aspect of this is the surprising finding that people are often unaware when they have changed their attitudes. Read on →

Beware the fast-talker, the person with the gift of the gab—the friendly salesman, the oily politician—running through the 'facts' faster than you can keep up.

Any time we receive a persuasive message before we find out who the source is, the sleeper effect can come into play.

Face-to-face communication is usually most persuasive but it's not always possible to meet in person. How, then, do people react to persuasion attempts over email?

14. The Influence of Positive Framing

Do people really pay more attention to frightening messages? Actually emphasising the positive can be more persuasive than pointing out the negative. Read on →

15. The Illusion of Truth

Repetition is used everywhere: advertising, politics and the media. It seems too simplistic that just repeating a persuasive message should increase its effect, but that's exactly what psychological research finds (again and again). Read on →

Back in the Summer of 2004 Michael Moore brought out 'Fahrenheit 9/11', his personal view of how terrorist attacks in the US were used to pursue illegal wars. This article examines the psychological techniques of persuasion used in that film. Read on →

Attractive woman holding a bottle of beer? Hah! How stupid do they think we are? Many people say that persuasion attempts have little or no effect on them. Other people, oh sure, adverts, work on them. But not you and I, we're too clever for that.

Perfection is hard to achieve in any walk of life and persuasion is no different. It relies on many things going just right at the crucial moment; the perfect synchronisation of source, message and audience. But even if perfection is unlikely, we all need to know what to aim for. Read on →

How to Be Creative If we can all be creative, why is it so hard to come up with truly original ideas?

It's because creativity is mysterious. Just ask any scientist, artist, writer or other highly creative person to explain how they come up with brilliant ideas and, if they're honest, they don't really know.

But over the decades psychologists have given ordinary participants countless tests, forms and tasks and conducted hundreds of hours of interviews. From these emerge the psychological conditions of creativity. 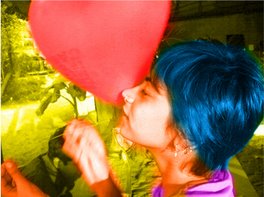